Reports reaching energynewsafrica.com has it that one of the pylons near the Head office of Ghana Grid Company (GRIDCo), which is transmitting power from Karpower and AKSA to the national grid, has been hacked down.

The incident happened Monday dawn and officials of the Ghana Grid Company discovered it when they reported to work.

The incident is likely to affect power supply in most areas in and around Tema.

CEO of GRIDCo, Jonathan Amoako-Baah, who confirmed the incident to this portal, said they are shocked as to why someone could do that to the country.

He wondered whether those who did that did it so that there would be power outages for the public to talk about it. 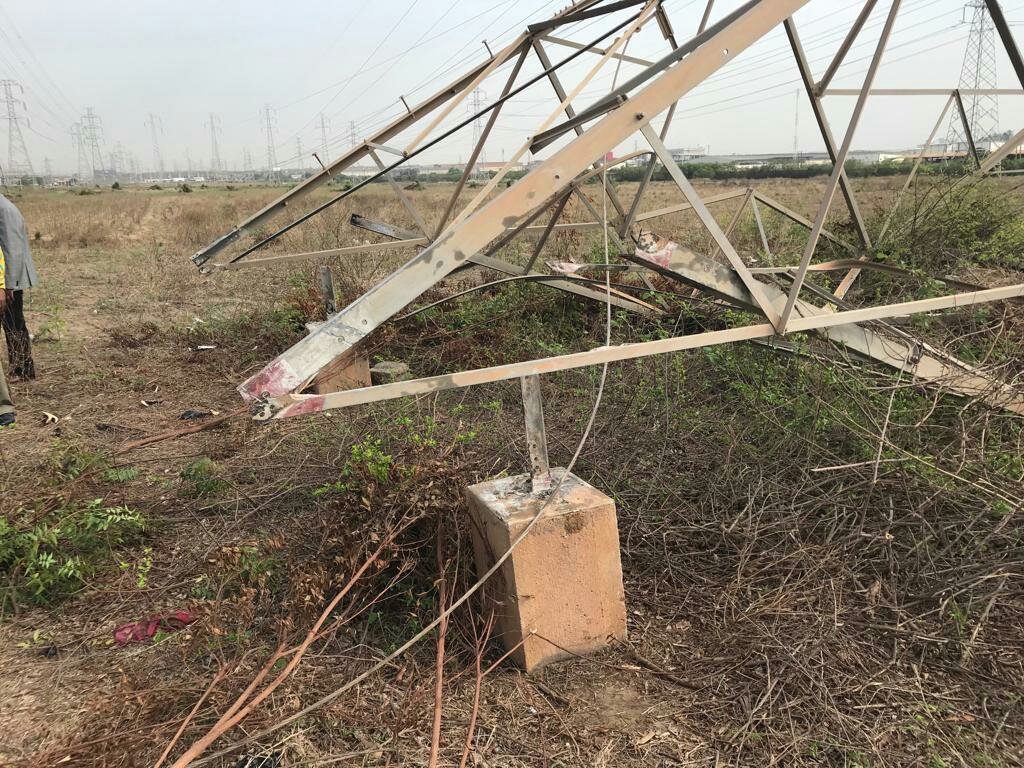 Mr Amoako-Baah, who expressed worry about the situation, however, said they are reviewing the situation to determine the impact of power supply.

Items retrieved from the scene included a hacksaw.

Director for Systems Control at GRIDCo Mark Baah is stunned about the incident, said: “A human being deliberately cut it. It’s unbelievable. I haven’t seen anything like this.”