Prime Minister Boris Johnson has tested positive for coronavirus, the government has said.

Mr Johnson has mild symptoms and will self-isolate in Downing Street, after being tested at No 10 by NHS staff.

“He was tested for coronavirus on the personal advice of England’s chief medical officer, Professor Chris Whitty,” a statement said.

He will still be in charge of the government’s handling of the crisis, the statement added.

In a tweet, Mr Johnson said: “Over the last 24 hours I have developed mild symptoms and tested positive for coronavirus. I am now self-isolating, but I will continue to lead the government’s response via video-conference as we fight this virus.

“Together we will beat this.”

Over the last 24 hours I have developed mild symptoms and tested positive for coronavirus.

I am now self-isolating, but I will continue to lead the government’s response via video-conference as we fight this virus.

Together we will beat this. #StayHomeSaveLives 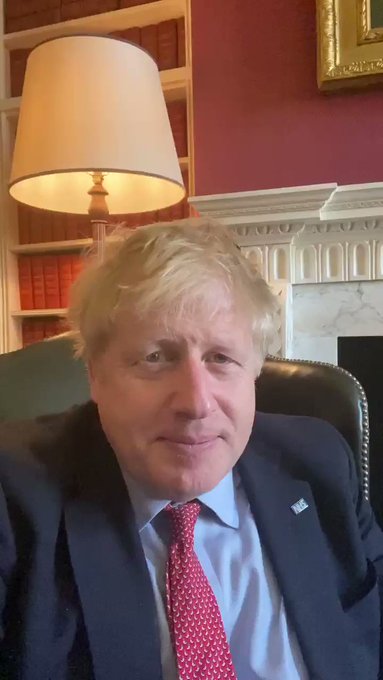 53K people are talking about this
Report

Mr Johnson was last seen on Thursday night as he clapped outside No 10 as part of a nationwide gesture to thank NHS staff.

There are more than 11,600 confirmed cases of coronavirus in the UK, and 578 people have died.

It comes after the Prince of Wales also tested positive for the virus earlier this week.

Prince Charles, 71, is to be displaying mild symptoms “but otherwise remains in good health”, a spokesman said.