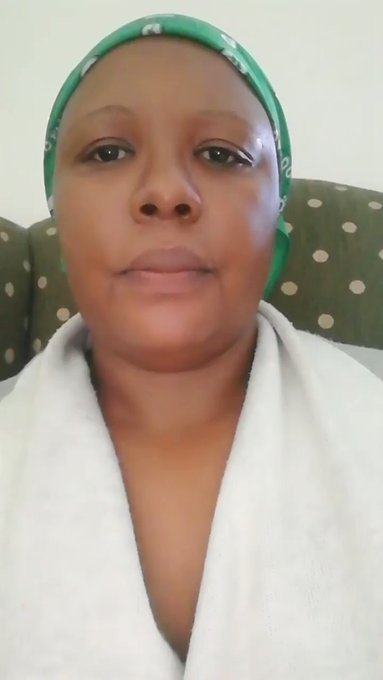 Zambia is one of southern Africa’s most impacted nations despite being way behind continent leader South Africa.

A lockdown imposed by President Edgar Lungu has since been relaxed following a continent-wide trend. This article will focus on major developments coming from the southern African country.

Information Minister and chief government spokesperson, Dora Siliya, confirmed testing positive for COVID-19 on Saturday. In a video posted on Twitter, she said she had gone into immediate self-isolation despite being asymptomatic.

“I have since alerted the ministry of health and I have given them all my contacts especially in the last 10 days,” she added. “Let us continue to observe social distancing, masking and washing our hands regularly,” she advised.

The World Health Organization’s Africa head reacting to the news today congratulated the Minister for being open about her status and wished herOver in South Sudan, the first vice-president and a number of ministers had earlier this week tested positive for the virus. Over in Nigeria three state governors have recovered from the virus – those in question are governors of Oyo, Kaduna and Bauchi. 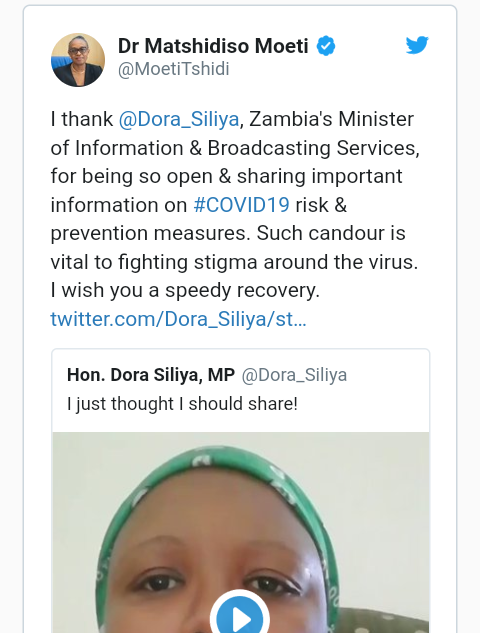 Nakonde, the border town with Tanzania continues to record more cases of the virus. It remains the most impacted town with a tally that far outstrips the capital Lusaka.

Nakonde recorded 47 new cases on Wednesday bringing its tally to 456. Which represents more than half of the national case count which stands at 832. Thirteen other new cases were spread between six other districts.

Active cases currently stand at 628 with recoveries up to 197 and seven deaths so far. The one-stop border post in Nakonde was closed last week by President Lungu amid a spike in cases. 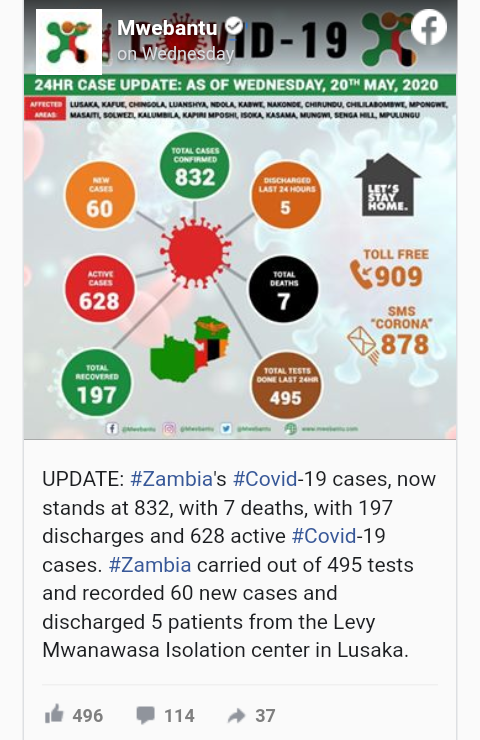 Zambia has more than doubled its COVID-19 figures from five days ago. 208 new cases took the case count to 654. Of the cases, 196 were in Nakonde, a border town with Tanzania and the other 12 in Chirundu.

The current tally of 654 means an increase of 387 cases within the last three days. As of May 10, the number of confirmed cases stood at 267.

The town of Nakonde was declared a hot spot by the Ministry of Health on May 10 leading to the closure of the frontier with Tanzania.

The Nakonde – Tunduma border post was launched in October 2019 at a ceremony attended by Presidents Lungu and Magufuli. Zambia opted to close it in order to better contain spread of virus in the area. 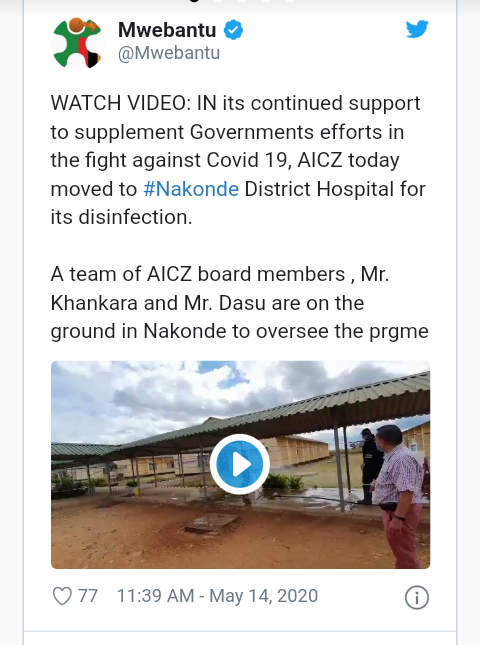 May 10: Closure of border with Tanzania

The Zambian government has announced the closure of its common border with Tanzania. On Saturday (May 9) 76 new cases were reported in Nakonde, the border town in question

The president directed that with effect from Monday 11th May, 2020; “the Nakonde border will be temporarily closed. There shall be no traffic in and out of Nakonde,” Health Minister Chitalu Chilufya announced at a COVID-19 press briefing on Sunday.

The measure is to facilitate the roll out of targeted interventions. During the time, immigration staff at the border will be trained and retrained on how to safely deal with entry of persons and goods.

Redeployments and reinforcements will also be undertaken, whiles Personal Protective Equipments and quarantine facilities and other key logistics will reinforced with the view to protect the lives of officials and the people of Nakonde.

Zambia’s case stats as of today stands at 267 confirmed cases with 117 discharges and 7 deaths. Tanzania on the other hand has 509 cases, 21 deaths and 183 recoveries, according to John Hopkins University tallies.

Tanzania’s overall response to the pandemic has been a mix of controversy. From president Magufuli casting doubts on the efficacy of test kits, refusal to implement measures such as curfew or lockdowns and reported cases of midnight burials.

The border in question is the Nakonde – Tunduma One Stop Border Post (OSBP) was launched in October 2019 at a ceremony attended by the two leaders. It is said to be one of the busiest crossing points in Southern Africa with an average traffic flow of 600 trucks per day.

The OSBP was touted as significantly reducing the time spent at the border from the average of 4 days at the time of launch to 1 day hence helping truck drivers and traders increase on their profit and save time.

“Once fully operation, the border will handle higher traffic levels which will in return improve competitiveness of the corridor resulting in increased trade volumes. Ultimately this infrastructure will promote border coordination making our shared border smart and efficient,” the Zambian leader said at the time. 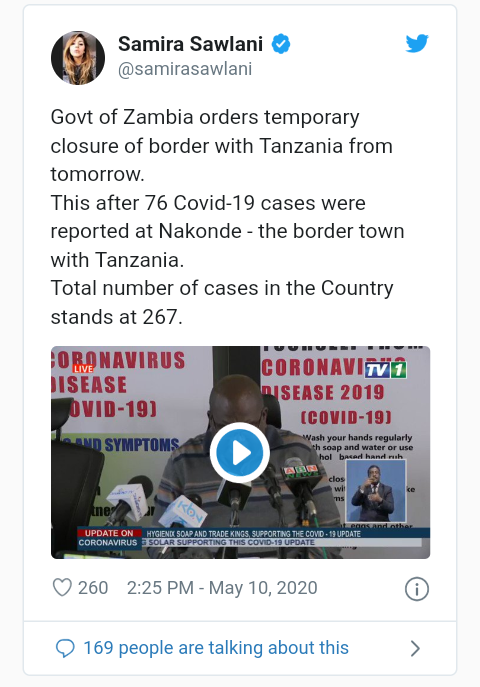 May 8: Relaxation of lockdown measures

The president in an address to the nation on Friday announced the reopening of restaurants, gyms and casinos “as he calls on Zambian scientists to find local solutions to the COVID-19 pandemic,” local news portal Mwebantu reported.

However, bars and taverns were to remain closed until further notice. The president also reopened examination classes in schools beginning 1st June 2020. He stressed that all these measures should comply with public health measures aimed at containing and combating spread of the virus