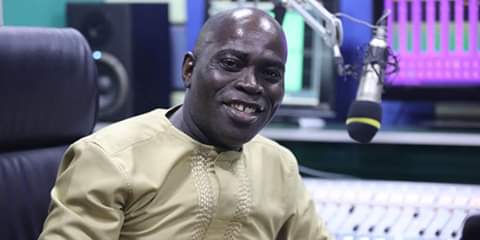 aobrempongnana.wordpress.com has sited a Facebook post by Dan Kwaku Yeboah, the head of sports at despite media that reads SAD NEWs! Peace fm’s Nana Adjei Sikapa has passed on.

Nana Adjei Sikapa was noted in the media for decades, who teaches more on Akan Language and roots. He was a news anchor and a host for Sikapa Root Culture and Wo Gyedie ne sɛn respectively. He has been off air for some time now.

A little info says that he has been battling some ailments for the past two years, even though he was still working with it. But as to what actually caused his saddened departure is yet to be disclosed.

Our deepest condolences goes the family and despite media, and everyone in the media